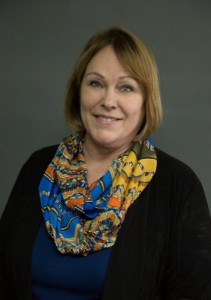 Ronda Whittaker started her municipal career with a small city as a city clerk in 2013. Opportunity to grow knocked therefore she resigned from her position as city clerk and offered her services to a larger city. She is currently the City Clerk/Treasurer for the city of Kootenai, a position she began in March of 2014. The position is an appointed position of the Mayor and City Council; wherein she serves as the liaison to the City’s Mayor and City Council and manages the City’s finances as directed by the City government.

She graduated from North Idaho College with an associate’s degree in the legal field in 2001. She worked her way into a paralegal position and worked within the land development legal community until the economy shifted. She then began to investigate new fields where her experience could be utilized. She still works part time with a semi-retired attorney and is very happy with her decision to also share her experience with a municipality.

Ronda is the mother of two beautiful young women. One married to a military man; who are parents to her two grandchildren and one who is just turning 21; still figuring out her place in the world and now working with a cruise line which takes her out of the country most of the year.

Ronda enjoys cooking, gardening, kayaking, hiking, skiing and walking with her yellow lab along the beautiful pathways and trails of the northwest.