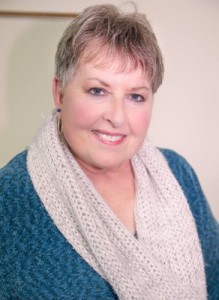 Mayor Lewis first started with the City of Kootenai in October 2010 when she was appointed to the City Council to replace a former Council Member due to relocation. In 2011 she ran for Council and was elected to serve a four-year term and became Council President. In June of 2015 she was appointed to the position of Mayor due to the relocation of the then current Mayor. On November of 2015 she was elected to the office of Mayor and will serve for a term of four years.

She was born in Seattle, Washington but, was raised in Southern California where she graduated from high school and later attended a private business college. Her work experience consists of working for various Mortgage Companies as a Loan Processor, Administrative = Assistant and Office Manager. She later became an Escrow Officer and worked in that field until moving to North Idaho and retiring.

Mayor Lewis has been married to her husband for 26 years and is the mother of two great adult children. She has two grandchildren—a granddaughter in high school and a grandson who lives and works in Spokane.

Mayor Lewis enjoys cooking, kayaking and gardening. She has been a member of the Sandpoint Lions Club for 12 years, and a member of the Community Assistant League. She is also active in her church. One of her favorite activities is attending her grandchildren’s sporting events.

Mayor Lewis enjoys every aspect of her duties as Mayor. She enjoys meeting new people and attending meetings where she can bring back knowledge to her Council to help make the City of Kootenai a great, safe community for all.